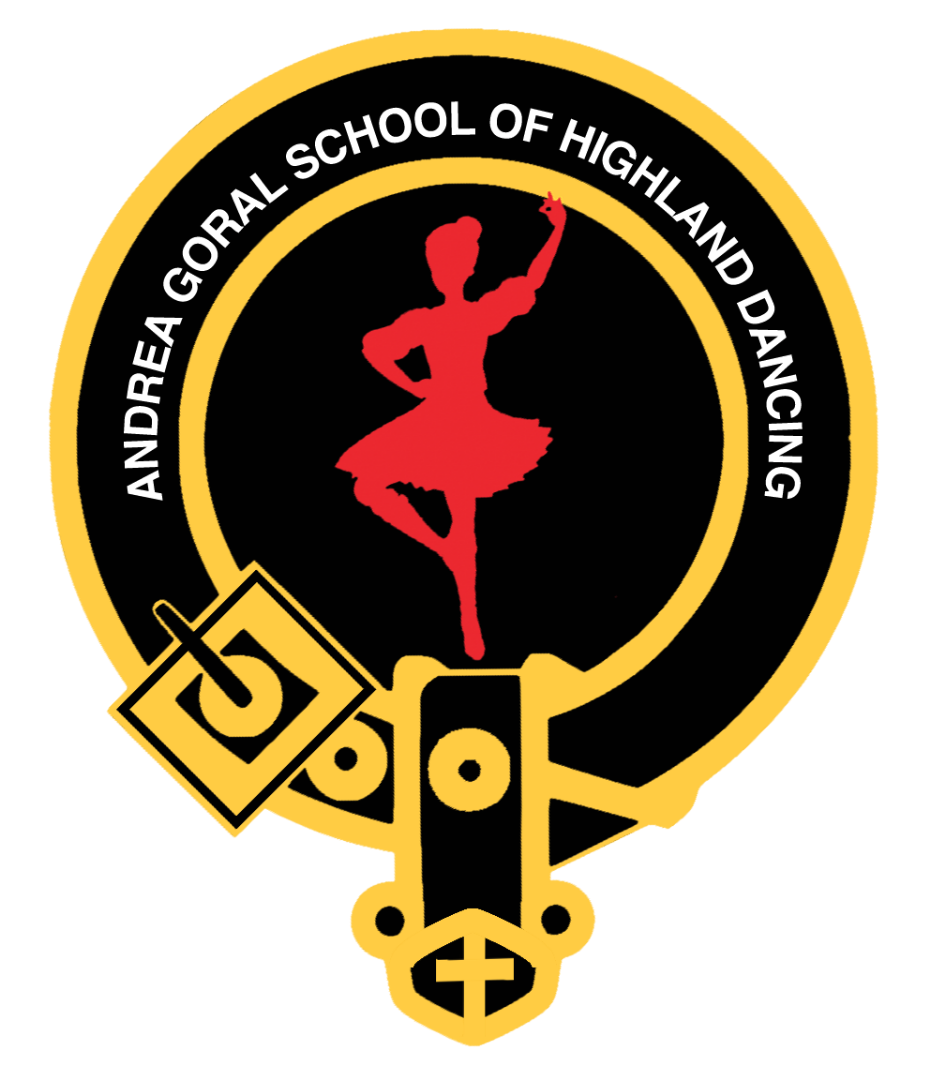 About Highland Dancing - All about the Dances

Until the early 1900's, only males entered for Highland Dancing competitions.  Females were allowed to compete in competitions, but only in National Dances (I will explain later on).  Now Females can dance any Highland Dance, and are allowed to wear the kilt.  Now the females outnumber the males by about 100 to 1! That is not to say that males are completely excluded.

The dances are indeed excellent exercise; for example, in a typical six-step Highland Fling, a dancer will jump vertically 192 times (the equivalent of running a mile), while performing complicated and intricate footwork, and using the muscles from head to toe. Highland dancing is therefore akin to sprinting, with dancers using fast-twitch muscle, which is also required by soldiers. The regiments did not just dance six steps they danced upwards of 20 steps in one dance! The leaps were said to be used to leap over a sword trust at their heart.

The attire worn by female dancers is called the Aboyne dress.  The National dances are very similar to Highland dances, but the style is more flowing and balletic. They require a lot of skill to execute correctly, and spectators will note that often the rhythms are more complicated than in conventional Highland dancing.  There are two national dances where the females wear the kilt, and they are the Highland Laddie and Barracks Johnnie.

As with the Sword Dance, this is probably the oldest of the traditional dances of Scotland - signifying victory following a battle. It has been said that warriors danced the Fling around a small round shield called a 'targe'. Most targes had a sharp spike of steel projecting from the center, so dancers learned early to move with great skill and dexterity.

Another interpretation has the dancer celebrating a successful stag hunt, the upraised arms and hands representing the antlers of a deer.

The Sword Dance is mentioned in documents going back to the reign of Malcolm III, King of Scots in the eleventh century. Known in Gaelic as "Canmore", "Great Head", he allegedly danced over his bloody claymore, (the ancient two-handed sword of Scotland), crossed with the sword of his defeated enemy (or perhaps even over the severed head of his foe as well). Sometimes a dirk, a Highland dagger, was placed blade uppermost in the ground and the dance was performed over it.

This dance of exultation became a tradition among the highland warriors, and in subsequent battles, clansman would cross their swords and dance around them in the same way. In addition to being a test of skill and agility, it was believed that if they could complete the dance without touching the swords, it was a good omen that they would be victorious in the coming battle. However to touch or displace the swords was a bad omen and was indicative of losses or even defeat.

Pronounced "shawn trews", this Gaelic phrase means "old trousers". This dance is reputed to date from the rebellion of 1745 when Bonnie Prince Charlie challenged the might of England at Culloden, and lost. As a penalty, Highlanders were forbidden to wear the kilt. Seann Triubhas is a dance of celebration developed in response to the repealing by the English of the Act of Proscription in 1747, which restored to the Scots the right to wear their kilts and play the bagpipes once more.

The first part of the dance comprising of graceful, flowing movements, is supposed to mock the restrictions imposed by the foreign trousers, while the movement of the second part clearly depict the legs defiantly shaking and shedding the hated trousers and returning to the freedom of the kilt. The dance then progresses from slow time to quick time as the final celebration of the rediscovered freedom.

One story is that when the men got to church, the doors of the church were locked, so to keep warm, they danced a reel.  Otherwise, it is a team dance.

Wilt Thy Go to the Barrack’s Johnnie

It is a recruiting story, calling all young men to join the army.

This dance was devised by soldiers in World War I, and features very often at dancing competitions. It is always danced to the famous tune of the same name.

No such story for this national dance.

Blue Bonnets over the Border

This dance is a very balletic dance which depicts a graceful lady trying to attract the attention of the passing "Blue Bonnets". Blue Bonnets was a name for Scotsmen which arose due to the bonnets they used to wear.

Perhaps one of the most beautiful National dances which is very heavily influenced by the Continental Ballet. This dance is unusual in that the dancer actually steps onto the flat foot, most of the other dances requiring the dancer to be on the ball of the supporting foot at all times.

Flora dressed Bonnie Prince Charlie as a handmaiden to get him across the Scottish Border (as they were going to kill him).  She was flirting with him.

This dance is depicting the sailors on a ship that’s out to sea.  Hornpipe dancing was fairly widespread throughout the British Isles during the 18th and 19th centuries.  The Hornpipe likely developed as a means of exercise for sailors (much like the Highland Dances for soldiers) who were aboard ships for long periods of time, and as a means to relieve boredom and discontent.  It is in fact believed that the Royal Navy Captain James Cook (1728-1779) thought dancing was most useful to keep his men in good health during a voyage.

The dance recreates the many chores of a sailor on board his ship including, hauling, hoisting, looking out to sea, waving the farewell flag and getting a little tipsy.  The step-close during the break signifies the sailor stepping forward crisply to receive his pay.

This dance is about an Irish washer woman who is yelling and shaking her fists at her husband who came home late from the pub after spending all his money.

Other versions include the Irish washerwoman chasing away the kids or pigs that ran through her clean laundry.

The male version of the dance tells of the husband mad at the washerwoman for shrinking his pants.